‘Misunderstanding’ over request by group ahead of visit, Oireachtas says 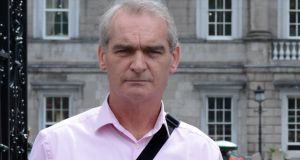 The Irish Deaf Society said it is “upset and insulted”that a request for an interpreter for its members attending Taoiseach’s questions on Thursday was refused.

Issues relating to cuts to funding which have resulted in the closure of the organisation’s advocacy service are expected to be raised in the Dáil on Thursday.

However the Oireachtas said the request was not refused and a spokesman said there had been a “misunderstanding”. An Oireachtas spokesman said that after Senator Daly made his request last week he was advised to instead contact the Dáil committee on procedures, but did not. “If a request had been received we would, of course, have worked to resolve whatever obstacle arose”, he said. “We pride ourselves in being accommodating to all citizens,” he said.

However Mr Daly said he was referred to the tours office, which deals with tours rather than interpreters.

The Oireachtas has contacted the Irish Deaf Society (IDS) today to seek advice on how it would like an interpreter to be accommodated, an Oireachtas spokesman said.

It was not an issue of the Oireachtas not wanting to accommodate the request but “simple logistics,” the spokesman said. “In practical terms, a sign interpreter in the Dáil Chamber may not work for people in the public gallery due to the angle and distance between same but we are happy to work with IDS to resolve that,” a spokesman said. The Oireachtas deals with and accommodates 80,000 visitors per annum, many of whom had disabilities, he said.

Chief executive of the Irish Deaf Society Eddie Redmond said members will go to the public gallery on Thursday whether there is an interpreter or not.

Mr Redmond said members find it “frustrating “ to access public services where no ISL (Irish Sign Language) interpreter is available. “We are extremely upset and insulted that our request has been refused,” he said.

“We are supposed to be living in a democracy where the rights of all are equal, but what kind of message does it send out when our political services behave so callously,” he added.

Mr Daly described it as a “form of discrimination”. It was a “double indignity” following their funding cuts, he said.

The Irish Deaf Society’s advocacy service closed its office last week with loss of all staff after its funding was discontinued by the Department of the Environment. This ends an 11 year service impacting some 5,000 people, the organisation said.