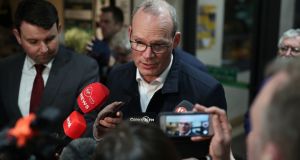 Cork South Central has long been seen as a bellwether constituency reflecting the national trends and this election proved no exception with Sinn Féin again surging ahead with a poll topping performance from Donnchadh Ó Laoghaire.

First elected in 2016, Ó Laoghaire was elected on the first count with 14,057 to comfortably exceed the 11,429 quota, while Fianna Fáil leader Micheál Martin had to wait until the sixth count to be elected after polling 11,023 first preferences.

Tánaiste and outgoing Fine Gael TD Simon Coveney came home on the eighth and final count when, after picking up 9,327 first preferences, he got over the line thanks to 2,323 transfers, mainly from his running-mate Jerry Buttimer.

Buttimer was eliminated along with Bobby Murray Walsh of Solidarity/People Before Profit and, together, they also provided 459 transfers to Fianna Fáil’s Michael McGrath who had polled a solid 9,236 on the first count.

That transfer from Buttimer and Murray Walsh was enough to keep McGrath 1,630 votes ahead of Lorna Bogue of the Greens, who had polled 5,379 first preferences, and guarantee him the final seat and return all four outgoing TDs.

For Labour, the Social Democrats and Aontú, the election in Cork South Central proved a disappointing affair with all three parties each polling less than 3 per cent of first preferences, while Independents also fared badly in the highly competitive constituency.