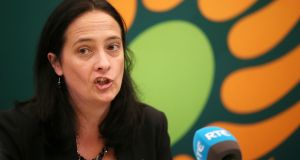 Minister for Media Catherine Martin will bring a memo to the weekly meeting of Government Ministers on Tuesday setting out the composition of the commission and its brief.

A commitment to set up the body is included in the programme for government, which also states it will “report within nine months” on the necessary measures to underwrite the future of media in the State.

Advertising revenue for print and broadcast media has fallen sharply over the past decade as it migrated to tech giants such as Google and Facebook. In addition, the decrease in newspaper and magazine print sales has not been compensated for by an increase in digital subscriptions.

The commission has been asked to “to consider the future of print, broadcast and online media in a platform agnostic fashion”. It is expected to make recommendations on the steps required to ensure there is a “vibrant, independent public service media for the next generation”.

The Government will also move forward with proposals to clamp down on ticket touting amid concerns that demand for limited-attendance events – when they are permitted – will cause black-market prices to skyrocket.

Tánaiste Leo Varadkar will seek the approval of Cabinet to bring forward legislation based on a Bill from 2017 put forward by then Fine Gael TD Noel Rock, and Fianna Fáil’s Stephen Donnelly, which was approved by the last Dáil.

A Government source said the aim is “to make sure the legislation is in place to prevent people getting ripped off once live events, matches and concerts get up and running again”.