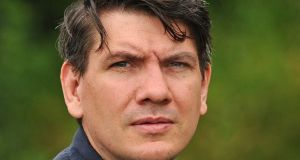 Appointment of John Carroll (above) as Fine Gael general secretary will strengthen Leo Varadkar’s hold on the party.

John Carroll, one of the closest advisers to Tánaiste Leo Varadkar, has been appointed as the next general secretary of Fine Gael, the party has said.

Mr Carroll, who has worked as an adviser to Mr Varadkar as Minister, Taoiseach and Tánaiste, was closely involved in the negotiations on the programme for government with Fianna Fáil and the Greens.

His appointment will strengthen Mr Varadkar’s hold on the party when Mr Carroll takes over the role in mid-September. He succeeds long-time incumbent Tom Curran, who is retiring.

The party said the appointment follows a recruitment process overseen by the by executive search firm Amrop.

The former ministers and TD Regina Doherty had been tipped for the role, but was made leader of the Seanad after her appointment to the Upper House.

In a statement released by Fine Gael headquarters on Monday Mr Carroll said: “I am honoured to take up the position and look forward to building on the work of Tom Curran, who has served the party extremely well.

“I will work with all in the Fine Gael family to help position our party for success in the coming years,” Mr Carroll said.

Mr Carroll first worked as a parliamentary assistant to Mr Varadkar when he was first elected a TD, becoming his special adviser when Mr Varadkar was appointed Minister for Transport, in 2011.

After a period working as chief executive of the Public Relations Institute, he returned to Government as an adviser to Mr Varadkar when he became Taoiseach.

He was centrally involved in the construction of the present government, and was seen by other participants as very much Mr Varadkar’s man during the negotiations between the three parties.

The general secretary’s role, though publicly low-profile, is one of the key jobs in any party organisation, and entails significant power in the identification and selection of candidates, as well as party management and disciplinary matters.

Tom Curran said his successor is a high-calibre professional and extremely well-qualified for the role.

“I wish John the very best in his new position. It is a privilege to serve as General Secretary of Fine Gael.

“The party, at every level, strives to achieve the best for all Irish people. It has been my honour to work alongside Fine Gael’s volunteers, members, supporters, politicians and staff across the country,” Mr Curran said.