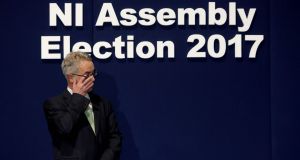 Sinn Féin reasserted its dominance in Belfast West in the North Assembly elections, in a contest that saw the end of SDLP stalwart Alex Attwood’s tenure at Stormont.

After People Before Profit (PBP) topped the poll in the constituency in the last Assembly election in 2016, Sinn Féin’s Órlaithí Flynn secured the top spot this time.

Following her election, Ms Flynn said a “step change” was needed at Stormont.

“There can be no return to the status quo,” she said.

Mr Attwood, who has been an MLA since 1998, delivered an emotional speech after he was knocked out of the contest.