Action not words needed to save Irish, say native speakers 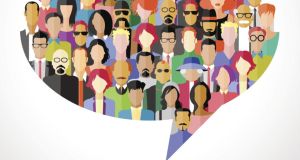 Language talks: The 20-year Language Strategy committee was discussed a recent report by linguist Conchúr Ó Giollagáin which said that Irish may no longer be the daily language of any Gaeltacht area by 2025. Illustration: Thinkstock

The time for reports and talking is over and action is now required to prevent the spectre of Irish dying as a living language, an Oireachtas committee heard yesterday.

Calling for an urgent response, she said: “If an infant is hungry, there is no good talking about it. The child has to be fed.”

Ms Ní Chéilleachair was speaking at a meeting of the sub-committee on the 20-year Language Strategy. The committee was discussing a recent report by linguist Conchúr Ó Giollagáin which said that Irish may no longer be the daily language of any Gaeltacht area by 2025, unless urgent remedial action is taken.

Údarás chief executive Steve Ó Cúláin said that his agency was responsible for the language planning aspects of the strategy and its ambition represented a big challenge for it.

Peadar Mac Fhlannchadha, of Conradh na Gaeilge, said the situation was urgent but believed it was possible to save the language as a living first language.

He contended, however, that the political will to achieve those goals was not there at present. “There is no senior Minister for the Gaeltacht and the Irish language has no voice in Government,” he said.

Sen Trevor Ó Clochartaigh (Sinn Féin) said it had been extraordinarily difficult to convene the meeting and said it was only the second time this year the Committee had met.

He wondered if it would be better to set the 20-year strategy aside and replace it with a more meaningful solution.