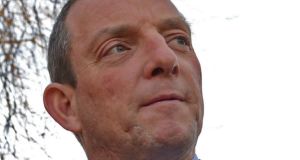 Committee chairman Jerry Buttimer: “It is important that the language we use is temperate”


Medical and legal experts will be questioned on planned abortion legislation when the Oireachtas health committee’s fresh public hearings begin on Friday.

The committee – chaired by Fine Gael TD Jerry Buttimer – which heard from expert witnesses in January, last night released its schedule for the discussions on the heads of the Protection of Life during Pregnancy Bill 2013.

“It is important that the language we use is temperate . . . and that we are respectful of different viewpoints,” said Mr Buttimer.

On Friday the committee will sit from 9.30am until 7.45pm and will hear from those who work in obstetric care facilities in various hospitals. Evidence will also be provided from “regulatory and representative bodies”.

Monday’s session will hear from psychiatrists, including perinatal psychiatrists. On Tuesday, lawyers will make presentations on medical ethics and constitutional law. Two-and-a-half hours will be set aside at the conclusion of the hearings to allow TDs and Senators who are committee members to make comments.

Mr Buttimer thanked the “many people” who offered to come before the committee. “Regrettably we cannot accommodate every request but we are grateful to those who made written statements,” he said. Contributions were sought from interested members of the public.

One group not permitted to give evidence was Women Hurt, comprising women who regret having abortions.