Lack of sleep can lead to ‘marijuana munchies’, study finds 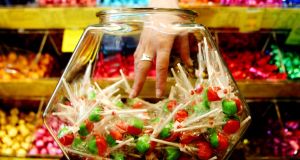 Sleep-deprived study volunteers who had already eaten had an uncontrollable urge to consume “highly palatable” snacks such as biscuits, sweets and crisps. Photograph: Fairfax Media/Getty Images

Lack of sleep can make tempting snacks irresistible due to an effect scientists compare with the “marijuana munchies”.

Sleep-deprived study volunteers who had already eaten had an uncontrollable urge to consume “highly palatable” snacks such as biscuits, sweets and crisps.

US lead researcher Dr Erin Hanlon, from the University of Chicago, said: “We found that sleep restriction boosts a signal that may increase the hedonic aspect of food intake, the pleasure and satisfaction gained from eating.”

Higher levels of 2-AG were accompanied by self-reported hunger and a stronger desire to eat.

When the participants were given access to snacks, they ate nearly twice as much fat as they did after sleeping normally, said the scientists, writing in the journal Sleep.

Smoking cannabis is known to trigger a similar appetite boost — known to users of the drug as “the munchies”.

Dr Hanlon added: “The energy costs of staying awake a few extra hours seem to be modest. One study has reported that each added hour of wakefulness uses about 17 extra calories. That adds up to about 70 calories for the four hours of lost sleep. But, given the opportunity, the subjects in this study more than made up for it by binging on snacks, taking in more than 300 extra calories.

“Over time, that can cause significant weight gain.”

The 14 men and women, all aged in their 20s, paid two four-day visits to the University of Chicago’s Clinical Research Center.

On the first, they spent 8.5 hours in bed each night, averaging 7.5 hours of sleep.

During the second, they were only in bed for 4.5 hours, and slept for 4.2 hours.

The volunteers ate identical meals three times a day at 9am, 2pm and 7pm.

Levels of appetite hormones were measured, as well as endocannabinoid chemicals such as 2-AG.

After the fourth night of restricted sleep, the participants were offered an array of snack foods.

Despite having eaten a large meal less than two hours earlier, they had trouble keeping away from the snacks, choosing those with the highest calories.