Off The Ball team tweets about exit 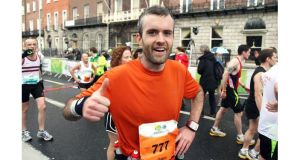 Former Off The Ball host Eoin McDevitt and his team explain decision to quit via new Twitter handle @The2ndCaptains.

The team behind Newstalk's Off The Ball programme today blamed its decision to quit the show on "fundamental differences" with the station's management.

The producers and presenters of the popular evening sports show resigned en masse yesterday following a dispute over the programme's start time.

The team had wanted to change its start time from 7pm to 6pm which would have encroached on the station's flagship current affairs programme, The Right Hook, presented by George Hook.

However, Newstalk's management was reluctant to alter the scheduling of either show.

"Over the last 18 months we have been in discussions with Newstalk about ways to develop our programme," they said.

"Unfortunately there are fundamental differences of opinion between management and ourselves about the show's future potential and its ability to grow an audience at an earlier time."

"We're gutted to leave behind something we love but after eight years we feel it's vital that our product continues to evolve and improve."

The five men said they were determined to be back on air together "as soon as possible".

"We would like to sincerely thank Newstalk for giving us a chance to put the show together," their statement said.

The team's new @The2ndCaptains had more than 3,300 followers within a few hours of going live.

2:10 'This is our counselling sessions': How football is helping men heal

0:31 McDonald chastises Martin and Varadkar over their economic records