What is article 16 of the Northern Ireland protocol? 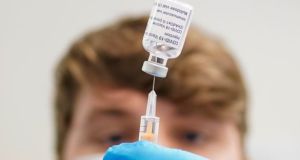 The protocol was a resolution to the sticky Irish border question and was designed to avoid a return of checkpoints along the politically sensitive frontier and minimise potential disruption of cross-border trade.

However, amid a row over vaccine delivery shortfalls, the EU on January 29th invoked article 16 of the Northern Ireland protocol which allows the EU or UK to unilaterally suspend aspects of its operations if either side considers that aspect to be causing “economic, societal or environmental difficulties”.

The mechanism, which was created as a temporary measure, is only supposed to be triggered in the face of “serious” problems, but there is no definition of what “serious” entails.

If one side triggers article 16, the other side is open to take rebalancing action in response.

The move was part of the EU’s efforts to place controls on the export of Covid vaccines amid its escalating row with AstraZeneca over its supply contract.