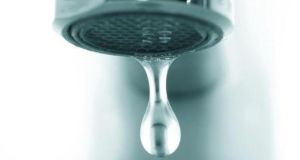 Dr Tom McDonnell of the Nevin Economic Research Institute said a household with a lone adult would pay €176, with a further €102 for each extra adult

The introduction of water charges is generally regressive and, without additional policy measures, will increase poverty for the poorest members of Irish society, a leading economist has warned following a detailed study of the proposed changes.

Dr Tom McDonnell said that while the move from paying for water by general taxation to a tariff-based, metered system had merits in terms of discouraging water wastage, it also had consequences in terms of social justice and the impact it would have on the poorest sections of Irish society.

“Moving to a tariff system where water charges are going be a larger proportion of the income of poorer households, because everybody uses about the same amount of water . . . by doing that, we are basically moving the burden of water costs down the income groups.”

Dr McDonnell said it was generally accepted internationally that water affordability should not exceed 2 per cent of the disposable income of the poorest members of society. The Irish proposals would exceed those levels. Dr McDonnell, of the Nevin Economic Research Institute, was speaking at the Dublin Economics Workshop 37th Annual Economic Policy Conference, held in Cork.

He said that water provision was paid for either through general taxation or a tariff system or some combination of the two. Up until this month, water and wastewater services in Ireland were funded through general taxation, with the annual cost of providing the services running between €1.1 billion and €1.2 billion, of which approximately €700 million went to operating costs and €500 million went on capital investment.

Since the abolition of domestic water rates in the 1990s, the commercial sector was the only sector paying water charges – approximately €230 million per annum, though earlier analysis by the ESRI suggested this could rise to €350 million under Irish Water, he said.

Dr McDonnell said this left a balance of €750 million to be raised from a combination of Government subsidies and domestic charges. With no subsidies, the 1.5 million households in the country would pay on average €500 each.

The Government has decided to set average household costs for all types of households at €238, which would yield revenue of €370 million from domestic users. A combination of a household benefits package and income tax relief will reduce this by some €90 million.

Based on Commission for Energy Regulation calculations, Dr McDonnell said a household with a lone adult would pay €176. With a further €102 for each extra adult, a payment of €278 should be the norm, for the first nine months, for a two- adult household utilising both water and wastewater services.

He said the prospect of people having to pay €1,000 for water was unlikely because there are not that many five-adult households in the country.