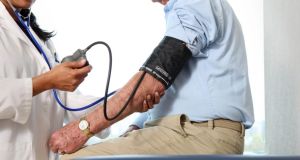 “These figures act as a warning sign for the safety of patients.” Photograph: Katrina Wittkamp/Getty

Family doctors have said it now takes more than one day and 10 hours on average for a patient to secure a routine appointment with a general practitioner.

The National Association of General Practitioners said a survey of members indicated that the waiting time for an urgent appointment had grown from an average of two hours and eight minutes to five hours and 12 minutes.

“These figures show how much pressure general practice is under at the moment and act as a warning sign for the safety of patients,” Dr Yvonne Williams of the NAGP said.

“Long waiting times at emergency departments are a well-established phenomenon of the Irish health system but these figures confirm that the issue has spread to general practices.”

The NAGP said the waiting time for a patient seeking a routine appointment with their GP had increased from an average of just under 10 hours in 2010 to over 34 hours.

The association said its survey was carried out among GPs over a three-day period in October. It said a total of 596 responses had been received from members in relation to the waiting times for appointments.

“However, while over 90per cent of all day-to-day patient interactions take place in general practice, the vast majority of funding continues to be ploughed into the hospital system.”