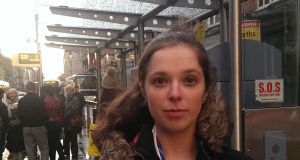 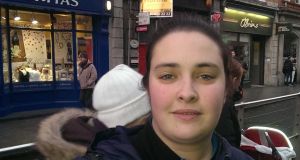 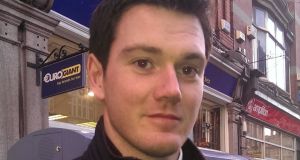 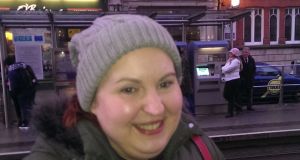 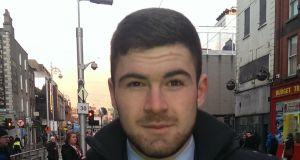 “It’s a nuisance. It will put pressure on all the other public transport networks and there will be congestion in the city centre. People tend to get more aggravated than usual when public transport is busier than it normally is. It’s bad enough at the best of times to get on and off and navigate where you’re going. I think it’s going to make people angry. The strike on St Patrick’s Day will be a nightmare for everyone. The only silver lining is that in a way it might make people walk which would be good for them.”

“I use it every day, twice a day. I’ll have to get the bus and the Dart over the next couple of days. The traffic is going to be bad too. It sounds like they’re being very unreasonable. What they’re demanding is unrealistic. I’m not taking anything away from their job, but it could be considered unskilled. These guys are earning more than a nurse does after coming out of a four-year college course. I’m sure there are merits to their arguments too, but it seems excessive to me.”

“I use the bus and the Luas every day to get to work. It’s really bad because I’ll have to walk at least 40 minutes now to get to work. It’s a bit of exercise but it’s still not great. It could make me late for work which wouldn’t be a good thing. I’ll have to get up earlier to get an earlier bus to get in on time. I’ve a little bit of sympathy for the drivers but they’re taking the piss to be honest. They’re not going to get what they’re looking for or the whole city will end up on strike.”

“I think it’s a joke in terms of how much they’re looking for. I don’t know where it’s going to end. The St Patrick’s Day strike is going to cause carnage. It’s way over the top that they are striking so much. I agree there need to be increases but there is going to be huge disruption and delays all over the city with this.”

“I’m not happy at all because the Luas is very handy for me. I can get home from work in 40 minutes, but on the bus last week it took me 2½ hours. Four days is way too many for striking. The increase they are looking for is way too much. They are well paid already. The traffic in the morning when the Luas is on strike is a disaster.”