US court yet to set a date for Martens’ release hearing 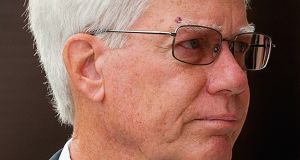 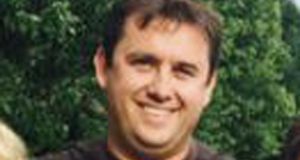 Jason Corbett (39), was found dead at his home in North Carolina in August 2015.

An attempt to secure the release of Thomas Martens (70) who was convicted of the murder of Irishman Jason Corbett (39), is still awaiting a court date in the US.

Martens’ lawyer David Freedman of Crumpler Freedman Parker & Witt, of North Carolina, said a court date has yet to be secured to hear a motion to have Martens released.

Mr Freedman has filed court papers seeking an order that Mr Martens should be released from prison on a security bond, during the coronavirus pandemic, because of the danger the virus poses to the elderly.

Speaking to The Irish Times on Friday evening, Mr Freedman said courts were functioning at a reduced pace due to US restrictions relating to the virus. “We haven’t got a date for the court to hear the case for that order yet,” he said.

Mr Freedman said he hoped to hear from the courts over coming days in relation to a suitable date.

Martens was convicted along with his daughter Molly Martens of the second-degree murder of Molly’s husband, Irish father-of-two Jason Corbett in 2017. Mr Corbett (39), was found dead at his home in North Carolina in August 2015.

Thomas and Molly Martens were sentenced to 20-25 years in prison. However, earlier this year an appeal was lodged by Mr Freedman and a retrial was ordered.

The Martens remain in prison however, because the Attorney General of North Carolina lodged an appeal against the decision to grant a retrial.