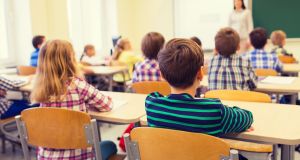 The Teachers’ Union of Ireland (TUI) has expressed extreme disappointment that the proposed new public service agreement does not tackle the issue of the two-tier pay structure in schools.

The executive of the TUI is meeting on Thursday evening to consider the draft accord which was negotiated between the Government and public service union leaders .

However in a statement on Thursday in advance of the meeting of the union’s executive, TUI president Joanne Irwin said the draft deal did not fairly address the issue of recent entrants to teaching being paid less than those appointed in earlier years.

“While acknowledging the general pay restoration measures set out in the draft proposal, ending the unacceptable and inequitable two-tier pay system was the key priority for us on entering these negotiations. Wherever possible, we pushed the issue forward during the process.”

“It remains completely unacceptable to us that two colleagues, recruited within days of one another, are paid significantly different rates for carrying out the same work. TUI has prioritised and campaigned on this issue and some progress has been made. However, the draft proposed agreement now before us would have the effect of preventing further progress for at least three years. At a time when schools are struggling to attract teachers for an increasing number of subjects due to more lucrative options in other employments, the process of full pay equalisation requires urgent acceleration, not delay.”

Ms Irwin said the provision in the draft agreement for an examination of the new entrant pay issue over a 12-month period in 2018, with application of any outcome no sooner than 2021, was “ wholly inadequate”.