Too much attention on growth, says social justice lobbyist 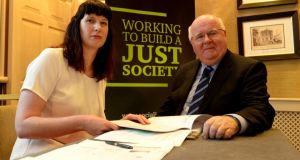 Too much attention is being focused on the economy and not enough on providing decent public services, Social Justice Ireland (SJI) has claimed.

The advocacy body has published its National Social Monitor for 2015 in which it welcomes the fall in unemployment but says not enough is being done to address chronic social problems.

Its director, Seán Healy, said issues that had “major implications” for the wellbeing of society were being neglected in the rush for economic growth.

“A balance is required between the various aspects of life if the wellbeing of this and future generations is to be secure.”

Projections suggest the number of people in Ireland aged over 65 will increase by 86.4 per cent by the year 2031 to one million.

SJI has pointed out that, though the population is ageing, the public bed stock capacity has been reduced by almost 30 per cent since the recession. It recommends integrated services across the areas of GP care, public health nursing, home care supports, acute hospital care, rehabilitation and long-term care.

It also states that the current plans for providing social housing goes “nowhere near” what is required to address the housing crisis.

Social Justice Ireland says the Government should explore ways of borrowing money to address the lack of supply of social housing to eliminate waiting lists. It suggests that a vehicle such as Nama be used in developing such a mechanism.

It welcomes the Government’s social housing strategy but says the current plans for providing social housing go “nowhere near” what is required to address the housing and homelessness crisis.