Three Console directors did not know they were on board

Trio had never met each other despite being on board of charity, report finds 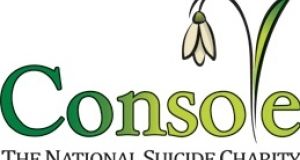 The three directors of suicide prevention charity Console who were not family members of founder Paul Kelly had never met each other and did not even know they were directors.

The three are the only remaining directors of the charity since Mr Kelly’s wife Patricia and his sister Joan McKenna resigned last week.

However, they have no experience as directors, no information on the organisation’s finances and never previously attended a board meeting.

All three were asked to be directors arising from their involvement in the suicide prevention work of Console in different parts of the country, according to an interim report on the current state of the charity.

“There was a high level of anger and hurt amongst all three directors,” the report by forensic accountant Tom Murray and businessman David Hall notes. “It quickly became apparent that they were not part of a functioning board.”

The three board members - Gerard Tiernan, Ursula Mulkerrins and Angela McGovern - have said they want to delegate management powers to Mr Murray and Mr Hall by appointing them as “administrators” of the company.

The report expresses concern over the lack of experience of the remaining board members and the lack of management structures in the charity.

They also express concern over Console’s ability to pay vital service providers as debts fall due and the impact this would have on the confidence of staff, suppliers and supporters and the viability o the charity.

These factors could paralyse the organisation so effective management is immediately required, the report says. “A failure to act urgently will inevitably cause terminal damage to Console and perhaps to the wider charitable sector.”