The Question: Should we just ignore ‘masculinists’?

Daryush Valizadeh, aka Roosh V, could be called a professional online misogynist. Most of us wish we had never heard of him 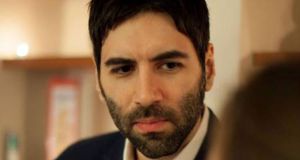 Before last weekend most of us had never heard of Roosh V, but then the so-called pro-rape meet-ups he was organising around the world became the subject of a huge backlash that forced the American pick-up artist and blogger to cancel the events.

Now most of us wish we had never heard of Roosh and his “neomasculinism”.

Roosh V, real name Daryush Valizadeh, is just one of a large number of what might best be called professional online misogynists: he offers odious advice to forlorn men who are unsuccessful with women, unashamedly encouraging manipulative, deceptive behaviour.

You could dismiss Roosh as just this week’s target of online ire, and a man whom we will quickly forget. And ignoring extremists is better than giving their views prominence. He appeals to men who cannot understand why women find their mix of aggression and grievance so unattractive; instead of projecting masculine authority, these misogynists merely highlight their own insecurity and paranoia.

But perhaps ignoring them is an act of self-deception: ours is not a society that offers an entirely safe, equal place for women.

As the US activist Lindy West, who has long been harassed by Roosh and his followers, wrote in the Guardian: “What matters is that we recognise that Roosh and his repellant worldview don’t exist in a vacuum; they’re an extreme crystallisation of attitudes with real roots in our real lives.”

However tempting it may be to ignore Roosh and his ilk, only by acknowledging, understanding and facing down these voices at the periphery can we hope to improve society at large.