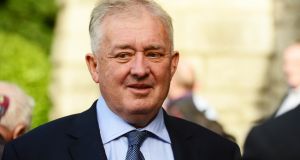 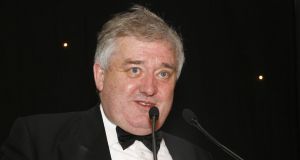 Mr Justice Adrian Hardiman speaking at the Justice Media Awards at the Law Society of Ireland in 2008. Photograph: Susan Kennedy 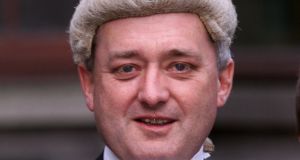 Adrian Hardiman when he was sworn in as a new Supreme Court judge in 2000.Photograph: Marc O’Sullivan/Collins 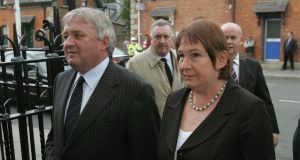 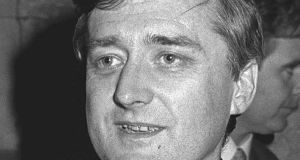 Chief Justice Susan Denham said she “received the news with great sadness and shock and her immediate reaction was to be mindful of the needs of his wife and family”.

She described Mr Justice Hardiman as “a man who had made great and courageous efforts on behalf of those who sought justice.

“He neither favoured nor feared any interest - and went about his work with great integrity, grit and dedication."

Involved in a succession of high-profile cases, Mr Justice Hardiman was one of the most prominent lawyers in Ireland when he was appointed directly from the Bar to the Supreme Court in 2000, aged 49.

Mr Justice Hardiman was due to give an address at NUI Galway on Monday questioning the State’s commitment to the Irish language.

Describing him as “one of the great legal minds of his generation,” President Michael D Higgins paid tribute to Mr Justice Hardiman, saying he was above all else “ a proud and patriotic Irishman”.

Mr Higgins said the Supreme Court judge had made “a unique contribution to Irish history, Irish literature and the Irish language”.

Mr Justice Hardiman was born in Coolock, Dublin, in 1951. His father was a teacher and president of the Association of Secondary Teachers Ireland.

He was educated at Belvedere College, Dublin, and studied history at UCD, where his friends included future Supreme Court colleagues Frank Clarke and John Mac Menamin, before attending the King’s Inns.

During his long career in the courts and in tribunals, he appeared in many of the leading cases of the day. He represented Pat Rabbitte and Des O’Malley during the beef tribunal, where his cross-examination of then taoiseach, Albert Reynolds, was widely admired.

He used to write and broadcast regularly on legal and political topics.

He was appointed to the Supreme Court in 2000.

Mr Justice Hardiman was a bencher of the King’s Inns, a Master of the Bench of the Middle Temple, London, and a Member of the Royal Irish Academy.

He had a passion for history, spoke fluent Irish and published on James Joyce.

He was involved in student politics and stood unsuccessfully for Fianna Fáil at the local elections in Dún Laoghaire in 1985.

Later, along with another of his UCD contemporaries, Michael McDowell, he was a founding member of the Progressive Democrats.

Pugnacious in court, trenchant, stylish and occasionally polemical in his judgments, Mr Justice Hardiman was the closest the court had to a 19th-century liberal.

He was progressive on social issues, protective of civil liberties and individual freedoms and hostile to any attempt by the State to over-extend the limits of its role.

He is survived by his wife retired Circuit Court judge Yvonne Murphy and three children.