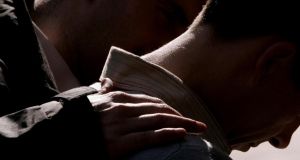 On several occasions over the last year, St John of God charity has not had funds to pay staff salaries. Photograph: Matt Kavanagh

The St John of God charity is in discussions about the Health Service Executive taking over the running of the majority of its community healthcare services, due to a financial crisis facing the organisation.

Saint John of God (SJOG) Community Services, part of the wider SJOG Hospitaller group, is funded by the HSE to provide services to 8,000 children and adults. It was allocated €160 million this year, but has told the HSE it requires a further €27 million.

The charity employs 2,500 and is one of the biggest providers of intellectual disability services in the country. It also runs mental health services.

On several occasions over the last year the charity did not have sufficient funds on hand to pay staff salaries the following month, and had to rely on cash advances from the HSE to cover the shortfalls, minutes of board meetings show.

Early in February, it submitted a request for €6.5 million from the HSE to pay salaries and creditors due at the end of this month, which has yet to be approved.

The charity has a financial deficit of more than €33 million from previous years.

Clare Dempsey, community services chief executive, has written to the HSE in recent days advising if there is not “appropriate and timely engagement” to resolve the funding shortfall by March 20th, its board “may have no option” but to have the HSE take over responsibility for its services.

A HSE spokeswoman said it was working with SJOG to ensure “the sustainability of services and supports for vulnerable adults and children” .