Secondary teachers get pension lump sum of over €150,000

Figures show €76.34m was paid to out to retiring primary school teachers in 2014 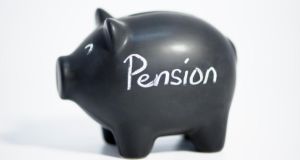 Figures provided by the Department of Education in response to a Freedom of Information request show that one retired school teacher received a lump sum of €165,862

Figures provided by the Department of Education in response to a Freedom of Information request show that one retired school teacher received a lump sum of €165,862.

The teacher was one of four retirees to receive lump sums over €160,000.

The tax free lump sums received were the top amounts paid out to retiring teachers in the primary and post primary sector last year — the highest amount received by a primary school teacher was €144,963.

The lump sum payments to primary and secondary school teachers last year totalled €136.85m and this represents a 72 per cent increase on the €79.3m paid out in lump sums to retiring teachers in 2013.

However, the 2013 lump sum payments were low compared to other years following the exodus of primary and second school teachers from the public service in 2012 when total lump sums paid out totalled €172.36m.

The Department’s FOI unit was unable to state which county the top 20 recipients came from as the Department does not hold records in that format.

However, the lump sum payments to teachers are dwarfed by ongoing pension payments to retired teachers that keeps on mounting.

He said: “Seldom is the pension ‘entitlement’ of public sector brought into consideration in pay comparisons. Yet, the size of lump sums paid to retiring teachers and other public servants continues to make your eyes water. Self-employed and employees in the private sector can but dream of such largesse, paid from the public purse. In other words paid for from our taxes.”

However, a spokesman for the INTO said yesterday: “Larger pension payments in 2014 were due to larger numbers retiring last year. There has been no change to pension calculations.”

He said that “those retiring had paid pension contributions all their working lives”.

He pointed out that the larger lump sum gratuities “were very much outlying figures”.

He said: “The vast majority of teachers retire on quite modest pensions that they have funded through lifelong pension payments.”