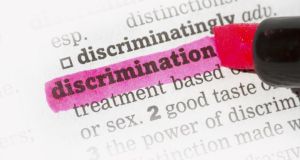 Discrimination will result in a significant “under-representation” of children of migrants in third-level institutions, the authors of the study warned.

Researchers at NUI Galway (NUIG) have identified an emerging “achievement” gap between Irish and “new Irish” secondary school students which they have linked to discriminatory school enrolment practices.

The NUIG Whitaker Institute study, which focused on Galway as the most culturally diverse area in the State, says this will result in a significant “under-representation” of children of migrants in third-level institutions.

The study by Dr Valerie Ledwith and Dr Kathy Reilly at NUIG’s school of geography and archaeology found 66.7 per cent of non-migrants planned to attend university, compared to 56.2 per cent of migrant peers. They attributed this trend to a “regime of power relations that privilege the position of Irish nationals” when it comes to school enrolment and attendance.

Commenting on the discussion paper published by Minister for Education Ruairí Quinn on enrolment policies, Dr Ledwith said that guidelines would not be enough without legislation that included sanctions.

The research undertaken by Dr Ledwith and Dr Reilly for the Whitaker Institute’s population and migration research cluster examined how variables such as neighbourhood, school and home environment affected education outcomes and experiences of young migrants in second-level education.

The students were from 10 second-level schools in Galway city and three schools located in two communities in the urban fringe. Although three of the schools approached declined to participate, they were represented in the final sample, as a community-based survey recruited students from those institutions.

‘Under-represented’
The research also shows that young migrants are less likely to take Junior Certificate subjects at higher level, which restricts the student to sitting that subject at ordinary level for the Leaving Certificate.

“This directly limits the number of points students can achieve,” the authors note. “Without a change to the current points system, these results suggest that young migrants will be under-represented within third-level education.”