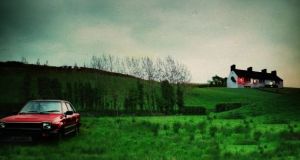 Six Catholics were shot dead by Ulster Volunteer Force (UVF) gunmen in Heights Bar in Co Down as they watched Ireland play in a 1994 World Cup football match.

RTÉ has become the first public service broadcaster to commit to screening the controversial documentary No Stone Unturned detailing the circumstances behind Northern Ireland’s Loughlinisland massacre.

Six Catholics were shot dead by Ulster Volunteer Force (UVF) gunmen in Heights Bar in Co Down as they watched Ireland play in a 1994 World Cup football match.

Nobody was ever convicted of the murders and decades later, relatives of the deceased began looking for answers amid concerns not everything was being made known to them.

Suspicions have surrounded collusion between security forces and paramilitaries and the protection of informers. Alex Gibney’s documentary, which has been nominated for an Emmy, also names the chief suspect for the first time.

The film came to further prominence recently when two of the journalists involved, Barry McCaffrey and Trevor Birney, were questioned by police over the use of material from the ombudsman’s office. The case was later dropped following a court ruling.

On its decision to broadcast the film RTÉ’s managing editor, current affairs, David Nally said although uncomfortable, the truth was important.

“Journalism that helps unearth the hidden stories behind the Northern Ireland troubles is a very important public service,” he said.

Watch No Stone Unturned will be broadcast on RTÉ One on Wednesday, October 2nd at 9.35pm.