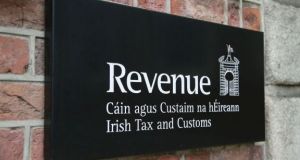 The Workplace Relations Commission had ruled that Revenue had every entitlement to lose confidence and trust in the claimant. File photograph: The Irish Times

The position of a Revenue official responsible for auditing the tax affairs of large corporations became untenable after he was caught being involved in the sale of contraband cigarettes, the Labour Court has heard.

Colm Keane, a higher executive officer in Revenue’s large cases division, was dismissed for gross misconduct on July 25th, 2018, after officers from Revenue’s special compliance branch seized 400 contraband cigarettes from him on a street in Limerick seven months earlier.

HR manager with Revenue Andrew Patterson told a hearing of the Labour Court on Thursday that the allegations against Mr Keane were so serious that dismissal was appropriate.

Mr Keane (38) of Shravokee, Clonlara, Co Clare, is appealing a decision of the Workplace Relations Commission to dismiss his claim of unfair dismissal.

The commission ruled that Revenue had every entitlement to lose confidence and trust in the claimant. Mr Keane claims he was merely helping out his girlfriend and his role was confined to delivery of the cigarettes rather than their sale.

The Labour Court heard that Mr Keane had regarded what happened as “a silly mistake”.

Under cross-examination by counsel for the claimant, Jack Nicholas, Mr Patterson replied: “I would say it was more than a mistake.”

“The transgression made his position with Revenue untenable,” asid Mr Patterson.

He acknowledged that Mr Keane had 10 years of good service with several promotions in Revenue prior to the incident. However, Mr Patterson said he believed Mr Keane’s reaction to the disciplinary process contained “an element of self-pity rather than accepting what he had done and risking Revenue’s reputation”.

Mr Keane told the Labour Court that he was very sorry for his actions.

“I was wrong and I regret ever agreeing to my girlfriend’s request,” he said.

Mr Keane said he was shocked at being accused of selling contraband cigarettes for financial gain at a disciplinary hearing on January 17th, 2018 – a claim disputed by Revenue.

He felt insulted by the suggestion and had reacted accordingly.

Mr Keane argued with his employer against imposing a sanction as he believed he would be found not guilty in a pending criminal prosecution.

The Labour Court reserved its ruling in the case.

Bicycle-drawn hearse brings cycling advocate on his last journey 17:31
Covid-19 Vaccine Tracker: What's available in the Republic of Ireland and what else is coming? 16:53
Insurance firms may cut motor premiums this year 16:44
Committee told meat industry will continue to need workers from abroad 16:40
Covid-19: Major change to vaccine rollout planned amid expectations AstraZeneca will be limited to over 60s 16:04