Reselling tickets for more than face value to be banned 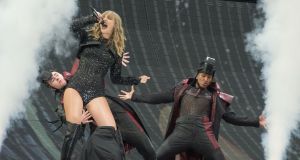 Legislation banning the resale of tickets for large concerts and sporting events for more than face value has been agreed by the Cabinet.

The move, agreed by ministers at their last meeting before the summer break, will apply to events that take place at “designated venues” which hold 1,000 or more people.

It is designed to tackle the secondary sale of tickets on resale websites which often charge much higher prices for sold-out events.

The legislation, which will have to be passed through the Dáil, will also ban the use of so called “bot software” to buy greater numbers of tickets than permitted per purchaser by event organisers.

The move from Minister for Business Heather Humphreys is being supported by Fianna Fáil and follows on from intense lobbying on the issue by Fine Gael Dublin North West TD Noel Rock.

The Government is supporting and amending legislation brought forward by Mr Rock and Fianna Fáil’s Stephen Donnelly on the issue.

The changes made from the initial proposals from Mr Rock and Mr Donnelly will see the legislation applied by venue rather than by specific events, such as concerts or matches.

A Department statement said the legislation will “ban the above-face-value resale of tickets for sporting and entertainment events in designated venues with a capacity of 1,000 or over”.

“The legislation will also give effect to the commitment given to UEFA to ban the unauthorised transfer and use of tickets for matches and official events taking place in Ireland during the Euro 2020 Championship.”

Dublin will host three Euro 2020 group games and one round 16 game at the Aviva Stadium.

While most venues will be expected to apply for designation under the legislation, the Minister for Business of the day will also have the power to apply such a status to a venue where this “would be in the interest of consumers”.

Ms Humphreys said she is confident “that this Bill will have the support of the main sporting bodies, of many artists and promoters in the entertainment industry, and of music and sports fans right across the country”.

“It is also a tangible example of new politics at work,” she said, in reference to the Government taking on the proposals of Mr Rock and Mr Donnelly.

Mr Rock said the legislation will ensure “an effective ban on ticket touting and also a ban on bots from snapping up tickets”.

“I have no doubt that for sports and music fans, this legislation will be a game changer.

“It’s now my ambition that, should this Bill be passed by the Dáil and become law in Ireland, we see other nations across Europe replicating it.”

“Time and time again, fans are being told that all tickets are sold out on the primary sales website, while almost immediately being able to buy those same tickets at much higher prices on other websites.”