PSNI escort for Harris to Dublin ‘most unusual’ decision 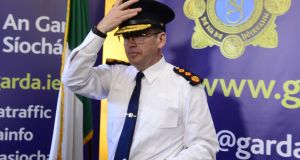 Garda Commissioner Drew Harris must explain his “most unusual” decision to be escorted from the North to Garda headquarters in Dublin by PSNI officers, a former chief supt has said.

John O’Brien, retired detective chief supt and former national head of Interpol and Europol, said the incident, which resulted in a security alert, raises questions about the commissioner’s judgment.

“It is not standard operating procedure, the usual way that we do things, that an armed escort from the PSNI would travel to Garda headquarters to protect the Commissioner of the Garda Síochána,” he said.

“The officers concerned have no authority to carry firearms. There are huge issues around how they would respond and what the legality of it would be, if they were under attack. The only reason you have armed personnel protecting an individual is that it is anticipated they may be subject to an egregious attack.”

Mr O’Brien said there was also the possibility the PSNI officers involved could have been targeted on their return journey.

“Drew Harris needs to indicate why he exercised this particular judgment in this case because it is, in my professional experience, most unusual,” he told RTÉ radio.

“If some incident goes down, what are the rules of engagement? The bottom line is that the gardaí and the Defence Forces are the only service permitted to carry firearms in this jurisdiction,” he said.

“What happened with Drew Harris and his car calls his judgment into question very strongly unless there is a reasonable explanation for it.”