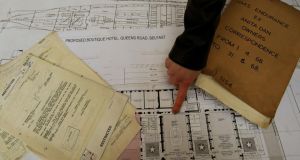 Plans for the proposed hotel and drawings from the building’s ship-designing days. Photograph: Brian Lawless/PA Wire 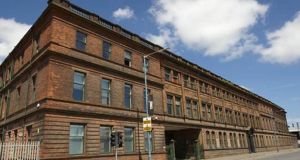 The Harland and Wolff drawing offices: set to be turned into a hotel. Photograph: Heritage Lottery Fund/PA Wire 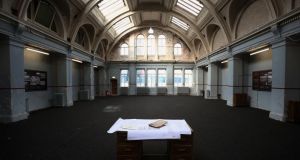 Plans for the proposed hotel on a desk in the Harland and Wolff drawing offices, where the RMS Titanic was designed. Photograph: Brian Lawless/PA Wire

A £4.9 million (€6.59m) grant to turn the Harland and Wolff drawing offices, where the Titanic was designed, into a four-star hotel, has been provided by the British Heritage Lottery Fund.

The cash is going to the Titanic Foundation Ltd to help develop an 84-bedroom hotel incorporating the drawing office.

No group has so far decided to build a hotel there, but Titanic Foundation Ltd believes that with the funding such a venture will become viable.

“Now that the funding has been secured for this project, we will be progressing the hotel project. The restoration of the drawing offices makes the Harland and Wolff HQ building much more commercially attractive,” said Kerrie Sweeney, chief executive of the foundation.

More than 1,000 ships were designed in the drawing offices including the White Star Olympic Class liners – Olympic, Britannic and Titanic, which sank on its maiden voyage in 1912 – and naval warships such as HMS Belfast.

The building has been vacant since 1989 and has been considered “at risk” for almost a decade.

The grant has been awarded through the lottery fund’s heritage enterprise programme which is designed to assist when the cost of restoration is not commercially viable.

Paul Mullan, head of Heritage Lottery Fund Northern Ireland, said the project would see one of “Belfast’s most historic buildings reborn as a major tourist destination”.

“This, like many of the city’s historic buildings, has incredible potential to act as a driver of regeneration and economic growth,” he said.

Ms Sweeney said the project would “safeguard the drawing offices for future generations and unlock the commercial potential of the entire building as a boutique hotel with heritage at its core”.