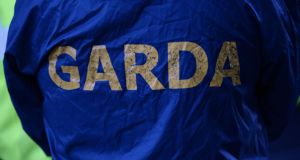 The attack happened about 2am on Saturday morning when the car was petrol bombed outside the officer’s home in a housing estate in Tower near Blarney.

The Prison Officers Association has strongly condemned the petrol bombing of a prison officer’s car in Co Cork, the second time the officer’s car has been targeted in the past month.

John Clinton, general secretary of the association said the attack, which saw the officer’s car completely destroyed, was the latest in a series of worrying incidents involving prison officers.

“All of us are deeply concerned about this attack on a prison officer, which has now become such a regular occurrence,” said Mr Clinton in a statement.

The attack happened around 2am on Saturday morning when the car was petrol bombed outside the officer’s home in a housing estate in Tower near Blarney.

Earlier this month, a window of the officer’s car was smashed and a petrol bomb was thrown into the vehicle but it failed to ignite.

Gardaí were alerted and have begun an investigation, removing the car for a forensic examination by garda technical experts in the hope that it may help them identify who is responsible.

Mr Clinton said the attack was but the latest in a series of incidents involving prison officers including serious stabbings of officers at Tallaght Hospital and Mountjoy and Midland prisons.

“These high profile assaults are just part of the picture - every day there is some level of assault on prison officers as they carry out their duties.

“As we stressed at our recent annual conference; there must be an independent evaluation of the current risk to prison officers and some concrete action must be taken.

“We need to reduce the number of assaults and increase safety. If some action is not taken we are going to have a tragedy on our hands and that is the reality we are now facing”

“We must now publicly ask the Director General of Irish Prison Service what measures he now plans to put in place to protect staff - and ask why he himself hasn’t met us on related matters recently?”