Prince Charles to visit Mullaghmore during west of Ireland trip 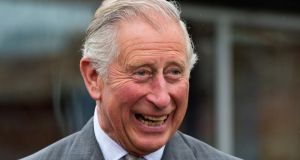 Britain’s Prince Charles will visit the Sligo harbour of Mullaghmore, where his great-uncle Lord Louis Mountbatten died in an IRA bombing in 1979, during his official visit to the west of Ireland later this month.

The Prince of Wales, who will be accompanied by his wife Camilla Parker Bowles, will also visit WB Yeats’s grave and will attend a service of peace and reconciliation at Drumcliffe church.

The royal couple will fly to Galway on May 19th, where they will attend a reception at NUI Galway celebrating the city’s and the university’s “links with Britain”.

Prince Charles will visit the Marine Institute, Co Galway and the Burren, Co Clare that afternoon, and the couple will attend a private dinner hosted by President Michael D Higgins in Lough Cutra Castle in south Galway that evening.

The couple will attend a civic reception and visit the Niland art gallery in Sligo on May 20th, and will visit Drumcliffe church, Mullaghmore and Sligo races that afternoon. They will depart for Northern Ireland on May 21st, according to the itinerary.

Minister for Foreign Affairs Charlie Flanagan said the visit to the west of Ireland “further cements the reconciliation work of recent decades, to which Prince Charles has made a strong contribution.

He said he was delighted that the “uniqueness of the Burren and the beauty of the Wild Atlantic Way” would be “showcased to their royal highnesses”.