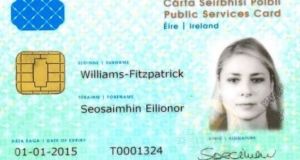 The Government has insisted the Public Services Card is not compulsory.

There does not appear to be a “lawful basis” for making it compulsory for people to obtain a Public Services Card (PSC), a data protection expert has said.

Solicitor Simon McGarr said there appeared to be a “compulsion being levied on individuals, frequently some of the most vulnerable people in society” that was forcing them to get one of the cards, which critics claim represents a national ID card being introduced by stealth.

The Government has insisted the card is not compulsory, lacks many of the characteristics of a national identity card and is designed for the purpose of safely, securely and efficiently providing public services.

However, Minister for Social Protection Regina Doherty last week said the cards were mandatory to receive payments from her department and that others would also make it mandatory.

Mr McGarr told RTÉ’s Morning Ireland that if it was the Government’s intention to introduce a national ID card, it was important that they bring in legislation and have a “proper public debate” on the issue.

He cited a similar discourse in the UK, where national ID legislation was rejected by the public, he said.

It emerged in May that the card is to be made a requirement for all passport and driving licence applications shortly, including renewals.

It was made a requirement from last June for those sitting the driver theory test.

Mr McGarr said the Civil Service had decided to “just bring in the card and skip the whole having a debate process. I don’t think that’s right. . . Have a debate.”

There are an estimated 2.8 million of the cards in circulation at the moment. Not only do they include information such as your PPS number, your photograph and name, but “the actual data you can read physically with your eyeballs is a great deal less than the data that’s contained electronically inside it,” said Mr McGarr.

He said this includes your date of birth, your mother’s maiden name, security passwords and biometric facial scans which can help facial recognition cameras identify your face.

Mr McGarr said the project was currently on what is known as the Safe 2 level, which includes a biometric element of facial recognition.

“Safe 3, which the department says it’s working on and will decide on when it’s needed, will include fingerprints,” he said.

“These are significant pieces of biometric data,” he added.

In a statement, the Department of Social Protection said Mr McGarr made a number of incorrect statements and that it had “never piloted or used facial image scanning cameras in its local offices and has no intention of so doing. Additionally, the department does not and has no plans to collect fingerprints”.

Mr McGarr continued: “When you’re a data protection expert, one of the global requirements in terms of looking after biometrics is that you should not use irrevocable biometric information by way of a personal idea database. The reason for that is if it’s leaked, we can’t change our faces. We can’t change our fingerprints.”

The department has said sections of the Social Welfare Consolidation Act 2005 provides a legislative basis for registering a person’s identity in the form of a Public Services Card.

But Mr McGarr said the relevant sections in the Act do not mention the PSC card at all.

“It says: please show us a photo ID and have a photograph taken, and not a facial recognition biometric scan, which is what this system is,” he said.

“And it says that you can only be asked to do this for the purposes of confirming your identity. . . It doesn’t mention that your data can then be processed again further by being put in a database which can then be shared with other departments and other agencies,” he added.

In a statement, the department said the photographs collected were part of the Public Service Identity (PSI), the sharing of which is restricted to public service bodies specified in law or their agents.

The department said the Public Service Card was for accessing public services only, “it is not compulsory or mandatory for individuals to hold or carry a Public Services Card”, “you are not required by law to provide it to a member of the police force at their request” and “bodies not specified in the legislation in either the public or private sector may not request the PSC or may not be required to use it in any transactions”.