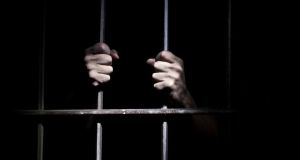 Not the answer: “If we are concerned about public safety, we should be investing in treatment, not just in prison.”

Sex offenders are 70 per cent less likely to reoffend if they are part of a restorative justice programme which exists in other countries but has not yet been introduced in Ireland, a conference heard yesterday.

The Circles of Support and Accountability (COSA) programme was developed in Canada and 100 such programmes are now in operation in the UK for sex offenders who have been released from prison.

Integration
The programme works on the basis that a sex offender will be helped by named volunteers and professional mental health workers who monitor them and reintegrate them into the community.

Professor Derek Perkins, a psychologist at Broadmoor High Secure Hospital in England, told the Psychological Society of Ireland annual conference in Sligo that the results of COSA programmes were very promising in relation to sex offenders.

He said international studies had shown that by contrast, those sex offenders who went to jail and received no treatment were more likely to offend when they came out.

“If we are concerned about public safety, we should be investing in treatment, not just in prison,” he said.

For that reason, he added, it was better to treat sex offenders than just to jail them.

He said one in 10 members of the general public had been sexually abused, but the figures for sex offenders were between 30 per cent and 50 per cent.

Coronavirus: State at ‘tipping point’ in Covid-19 struggle, says expert medic 04:00
‘The top of my finger was gone’: Fireworks a clear and present danger in Halloween run-up 03:45
Eamon Ryan interview: ‘Climate action is where the jobs are going to come’ 02:30
Covid-19: Contact tracers to start looking into where people are infected 01:16
Covid-19: Fears grow over increased restrictions for cities and local areas 01:08