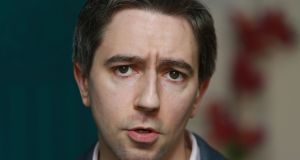 Minister for Health Simon Harris said it was important that everything possible was done to make organ donation the norm in Ireland. File photograph Nick Bradshaw for The Irish Times

The introduction of a new “opt-out” system of consent could transform organ donation in Ireland, the Minister for Health Simon Harris has said.

He said it was important that everything possible was done to make organ donation the norm in Ireland when people passed away in circumstances where this was a possibility.

Mr Harris on Thursday said the introduction of of an opt-out system of consent for deceased organ donation and an associated register represented a key part of a new Human Tissue legislation, which the Government had given approval to publish.

He said the new Bill would regulate the removal, retention, storage, use and disposal of human tissue from deceased persons; provide general conditions for the removal, donation and use of organs and tissues from deceased and living persons for the purposes of transplantation. It would also allow for an opt-out system of consent for organ donation and for an associated register, and provide for non-directed altruistic kidney donation.

The Minister said the new legislation, which would implement the recommendations of the 2006 report carried out by Dr Deirdre Madden on post-mortem practice and procedures, would “provide comprehensive protection to all persons, whether living or dead, in relation to consent for the use of their bodies, organs or tissue”.

“For almost 200 years the only primary legislation governing the use of human tissue was the Anatomy Act of 1832. The Bill will repeal that Act and create a modern legislative framework of consent.”

Mr Harris said in recent years significant progress had been made by Organ Donation and Transplant Ireland, the three transplant centres at Beaumont Hospital, St Vincent’s University Hospital, and Mater Misericordiae University Hospital as well as the Department of Health to increase the number of transplantations carried out in Ireland.

“I strongly believe that this opt-out system could transform organ donation in Ireland. In order for it to be most effective, it will be supported by a series of other measures. It is so important we do everything we can to make organ donation the norm in Ireland when people pass away in circumstances where donation is a possibility,” Mr Harris said.

The new opt out” system, will mean that for the first time it will be presumed that the deceased person had consented to donate major organs, including kidneys, heart, lungs and liver.

Under the present system the decision rests with the next-of-kin even where the deceased person had an organ donor card or indicated their wish to be an organ donor on their driving licence.

The new system will presume consent unless the deceased, while still alive, had specifically stated they did not want to donate organs. There will be a “soft” element to the change, in which the next-of-kin is still consulted and, if they object, the donation does not proceed.