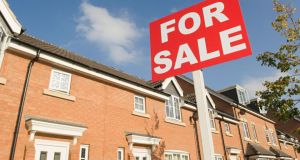 Aninitiative is to be unveiled today to assist customers of AIB in mortgage arrears who have not engaged with the bank. It is understood that AIB is to engage the advocacy group Irish Mortgage Holders’ Organisation to provide independent advice to the 10 per cent of its customers who are in mortgage arrears.

As part of a deal to be announced today, the Irish Mortgage Holders’ Organisation, which is headed by businessman David Hall, is to act as a mediator between AIB and clients who are looking for a permanent restructuring of their mortgage. It is understood the bank will pay the cost of providing the mediation service.

Last week figures by the Department of Finance showed that three-quarters of mortgages over three months in arrears at Ireland’s six main lenders had yet to be restructured.

The figures covered 699,764 mortgages at AIB, Bank of Ireland, ACCBank, Permanent TSB, KBC Ireland and Ulster Bank , which between them account for 35 per cent of the homes in the State.

While the vast majority (83 per cent) of the mortgages in the Department of Finance study were performing and not in arrears, 17 per cent or 120,754 were behind in their payments of more than one day.

The figures, collated by the department from data provided by the six banks, showed the banks have now entered into restructuring arrangements on a total of 71,086 homes. Of those 41,236 had been granted a permanent restructure of their loan, while 29,850 have been given a temporary restructure.