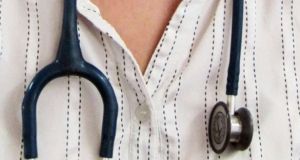 Many private consultants have maintained that they have been effectively shut out of private hospitals and that this has affected care for their patients.

More than 6,600 in-patients have been treated in private hospitals since they were taken over by the State at the beginning of April, the Department of Health has said.

It also said that more than 21,300 day cases and over 26,000 diagnostic procedures have been carried out.

The Department of Health told Sinn Féin health spokeswoman Louise O’Reilly in an answer to a parliamentary question on Tuesday that as of May 25th there had also been 15,800 out-patients seen in the private hospitals.

The State effectively took over nearly 20 private hospitals at the start of April to provide additional capacity in the face of a potential surge in the number of Covid-19 patients.

Under the deal, the State secured control of about 2,000 beds as well as theatres and diagnostic facilities for public patients for an initial three-month period.

However, the deal has been criticised over its cost amid allegations that numbers of beds in private hospitals remained unused.

The deal did not cover about 600 consultants who had traditionally practised in the private hospitals concerned.

The private consultants have maintained that they have been effectively shut out of private hospitals and that this has affected care for their patients.

The HSE has said that 289 of these private consultants had signed up to a temporary State contract under which they would only see public patients.

In a statement on Tuesday the HSE told The Irish Times that it had been advised by two consultants that they intended to resign from this temporary State contract at the end of June.

Private hospital consultants have contended that more have resigned from the public arrangement, known as a type A contract.

The details provided to Ms O’Reilly on Tuesday maintain that there had been 2,599 in-patients treated in the Bon Secours group of private hospitals.

It said there had been more than 5,000 day case procedures carried out at the Mater Private.

There were more than 5,000 diagnostic procedures carried out at St Vincent’s Private Hospital in Dublin, according to the Department of Health figures.

The department said more than 5,700 out-patients had been seen at the Mater Private in Dublin.

The Government has to inform the private hospitals by the end of the month whether it wants to extend the current arrangement until the end of July.

The Minister for Health Simon Harris is to bring a memo to the Cabinet on this issue on Friday. The HSE is understood to have indicated to the Department of Health that it wants to retain most of the private hospital capacity.

The Irish Times reported last Saturday that the State had paid €112.4 million to private hospitals under the agreement to cover the month of April and the first week of May.