Punter paid almost €1,000 for two tickets that did not exist for ‘Pet Sounds’ gig 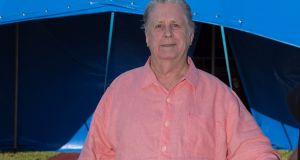 A music fan paid almost €1,000 for two tickets that did not exist for a Brian Wilson concert last week.

The American punter bought the tickets for Wilson’s July 25th concert at the Bord Gais Energy Theatre in Dublin, at which he played The Beach Boys’ classic album Pet Sounds in full.

Promoter Peter Aiken said the fan “went mental” when he was refused entry at the venue, as the tickets he had purchased online did not exist.

Mr Aiken said he could not accommodate the fan because the concert had been sold out for weeks beforehand.

He said the incident demonstrated that fans should not buy tickets from secondary websites.

Mr Aiken, of Aiken Promotions, said there was a “crazy” atmosphere at both venues when fans who had bought tickets turned up to collect them at the box office, only to find that the tickets did not exist.

“If someone was robbed of €100 at an ATM, the gardaí would act immediately, but nobody seems to care about this,” he said. “Fans are going to wreck the place if this continues.”

Mr Aiken said the tickets had been purchased through the controversial website viagogo, which has its European headquarters in Limerick.

He urged fans to contact Aiken Promotions if they had purchased tickets on secondary sites and said the promoter will advise if the tickets are valid or not.