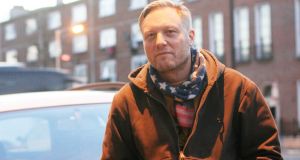 Tim Redfern’s motor insurance renewal quote was €600, up from €456 the previous year, but he shopped around and eventually got his cover renewed for €404

Irish motorists could be forgiven for thinking car insurance companies are making it up as they go along. Take Robert Bogue’s case. He is in his 30s, drives an Opel Astra and has a full no-claims bonus. In 2015 his third party policy with 123.ie cost €340.

When renewal time came last month, he was quoted €620 for the same level of cover. Horrified by an 82 per cent price hike, he decided to make a few calls. He was quoted €590 by AIG – a saving for sure, but not a big one. He persisted and “eventually I got an online quote of €290 with Aviva”, he says. “I checked it and rechecked it and it was the same level of cover.”

His story of a huge price increase is not uncommon, although the subsequent savings are a lot less common.

Over the past two years, the big players in the Republic’s car insurance market have talked up price increases while consumers picked up the tab. They were hit with premium hikes of about 25 per cent last year and face even bigger increases this year. Many will pay more than €400 more for a comprehensive policy in 2016 than they did two years earlier.

It was a different story between 2010 and 2014 when motorists saw premiums tumble as the Republic went from being one of the most expensive places in Europe for car insurance to one of the cheapest. Many assumed premiums were falling because of a decline in serious and fatal accidents due to better roads and safer cars.

They were wrong. Increased competition saw stalwarts such as Royal Sun Alliance and upstarts like Setanta Ireland fight hard for market share. It turns out they were fighting too hard, and in 2014 it became clear the numbers didn’t add up. Companies were taking in less in premiums than they were paying out in claims.

Setanta went to the wall in April 2014 and two years on, the motor insurance industry is still picking up the pieces. Last week the Court of Appeal rejected an appeal by the Motor Insurance Bureau of Ireland (MIBI) against a High Court decision that it must pay out on 1,750 outstanding claims left in the wake of Setanta’s demise.

“Today’s judgment immediately adds a further €90 million in costs to the entire insurance sector,” the MIBI said. “This adds to the current volatility in the insurance market generally, which is already under significant pressure from the increased cost of claims.”

Insurance companies “are being made pay for the mistakes of a competitor,” says Jonathan Hehir, managing director of online brokers coverinaclick.ie. “And not only was Setanta a competitor... it was a competitor that won business by quoting unrealistic pricing and that was essentially a rogue trader in the Irish market.”

He is both right and wrong. Setanta did win business by quoting unrealistic prices, but it won’t be the insurance companies who pay. Their customers will. Industry sources suggest the ruling will add €50 to an average premium until the €90 million in liabilities has been met.

But the real difficulty is not the ruling but the precedent. Setanta wasn’t a big player in the market and companies will cope with a €90 million loss. It would be unimaginably worse if a bigger player suffered a similar fate.

“The indirect implication of the Court’s decision is that all motor insurance providers in the Irish market will now be held responsible for any potential insolvencies of their competitors operating in Ireland, and that burden will place further pressure on premiums,” says Ciaran Phelan of the Irish Brokers Association.

Kevin Thompson, chief executive of Insurance Ireland, the umbrella group for the sector, said it could not “support the concept of the sector being guarantors for less prudent operators” and said the judgment underlined the need for “urgent legislative change” to ensure it could not happen again.

But Setanta is only a part of a very complex picture. And it alone is not responsible for the price increases Irish consumers face.

Financial mismanagement on the industry’s part has seen it lose almost €500 million over the past three years alone. Clearly that is not sustainable.

Then there is insurance fraud. It adds €50 to the cost of every motor policy in Ireland.

The courts, the legal profession and the Government are also implicated in the price spike.

One case of whiplash can get someone €25,000, while the next one might get €15,000. This encourages some motorists – and their legal representatives – to spin the legal wheel rather than settle cases.

Whiplash payouts account for up to 80 per cent of motor insurance claims in the Republic, compared with just 3 per cent in some other countries. Last week AIG, the world’s biggest insurer, said Ireland should consider banning such claims to avoid the average cost of premiums hitting €1,000.

Both the number and value of claims is climbing sharply. According to the Central Bank, the average cost per claim between 2012 and 2014 increased by about 8 per cent while claims frequency went up by an average of 8.3 per cent. Legal awards are at an all-time high.

The insurance industry wrings its hands over price increases, but insiders say it doesn’t really care that much because it knows consumers have to pay the price, no matter what it is.

For its part, the legal profession benefits when cases go to court as 60 per cent of the value of compensation goes to pay legal costs.

There are also issues surrounding the “discount rate”, the assumed rate of investment return resulting from a big payout. If someone faces a lifetime of challenges following a crash, then money is put aside. Until recently, courts in the Republic assumed a lump sum would grow at a rate of 3 per cent per year.

But in an era of historically low interest rates and sluggish markets, such assumptions might be considered generous. A 2014 court judgment set the rate of growth at 1 per cent. If this rate is lower, payouts might have to climb and companies charge policy holders more. A minister for justice could end the uncertainty by setting the discount rate.

All that is missing is a willingness to act.

Donal Hunt is a 35-year-old married man from Drimnagh. He drives a Volkswagen Passat and has a full no-claims bonus and no penalty points. “When I bought the car four years ago, I paid between €400 and €450 for my comprehensive cover,” he says. “It was the same again in 2013 and in 2014 and then for 2015 the cost of the cover actually fell under €400.”

In December he went to renew. “All the quotes I was getting were coming in at over €800. I kept being told that premiums were going up because of Setanta. But surely that should not have added more than 100 per cent to my policy?

Eventually he found a policy with the AA at just under €800 and his cover has been slightly enhanced.

Martha Kearns recently got a quote from her broker for third party fire and theft insurance. It was €644.74, substantially more than the €452.57 she paid last year.

“I have had no claims, accidents or changes to the policy since,” she says.

“The broker said it was because last year and the year before there was a record number of claims and this was being passed on to all clients’ premiums. This, she said, was ‘the best price in the market’.”

Kearns wasn’t convinced. She asked the broker to recheck the market.

“She came back with the same price from her existing company. The other prices she quoted from other companies ranged from €650 to €943.”

Last year Tim Redfern’s insurance was with Royal Sun Alliance. He paid €38 a month or €456 a year. He is 47 years old and has 15 years of claim-free driving behind him.

“In August, my broker told me the premium was increasing to €600 because cars over 10 years old can’t be easily insured.

“Of all the goods or services I have ever come across, the amounts charged by car insurance companies seem totally arbitrary.

“It is obvious to me that anyone who doesn’t shop around is being systematically ripped off.”