Cost-cutting measures floated by management include end to ardfheiseanna coverage 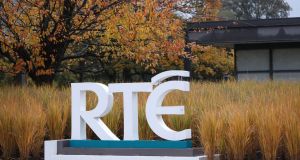 A Government-commissioned report of RTÉ’s financial state, which was urgently ordered in August, supports the station’s management’s view that urgent changes are necessary.

The examination by NewERA, the State’s financial and commercial advisory body, was given to Minister for Communications Richard Bruton earlier this week.

On Wednesday night, after The Irish Times reported online that the broadcaster was planning substantial job cuts and a 15 per cent pay reduction for its highest-earning presenters, RTÉ management told staff that 200 jobs will need to go; €60 million will need to be cut from spending and widespread work-practice changes need to be made across the station.

A spokeswoman for Mr Bruton said the NewERA report was commissioned by the Minister “to support the Government’s response to the revised RTÉ strategy” and is “being considered”.

Privately, RTÉ figures believe it supports management’s view that urgent changes are necessary, but, just as importantly, that the Government must agree to changes to the licence fee.

Separately, Mr Bruton said he had raised concerns about the pay bill for RTÉ’s top stars in talks with RTÉ’s director general, Dee Forbes and the broadcaster’s board.

The proposal contained in this week’s hurriedly-published strategy document saw RTÉ respond with proposals for a 15 per cent cut in remuneration to top earners, he said.

“They have recognised this is part of the solution. There does need to be leadership from those in high-paid positions. But ultimately they have to do the balancing act.

“There is no doubt it will be argued that some personalities attract additional commercial revenue because of their activities. So they have to balance that,” the Minister said.

“But they have recognised that some of the pay levels are too high and are doing a restructuring and have committed to cut those salaries.”

Plans to put collection of the licence fee out to tender could see the level of evasion fall from 14 per cent to seven per cent and this could generate significant additional resources for RTÉ, he said.

Meanwhile, abolishing live coverage of political party conferences and ardfheiseanna, including prime-time television slots for leaders’ speeches, has been raised as a prospect by RTÉ management in recent briefings for staff.

Jon Williams, the managing director of RTÉ News and Current Affairs, suggested in private that the move could save €250,000, which could then be used to hire more journalists.

In a statement, an RTÉ spokeswoman said on Friday night it “is not ceasing political party conference coverage” but it intends to review the live coverage of such events.

“In the last year or so, RTÉ News and Current Affairs indicated to the main parties that it was proposing to review the existing conference live coverage, and that if any changes were introduced, they would take effect after the next general election. No final decision has yet been made.

“Any saving from any possible changes to how RTÉ provide live conference coverage would be significantly less than the figure alleged.”

Recent weeks and months have seen senior figures in RTÉ give briefings to different sectors of the organisation, even before this week’s announcement of a €60 million cost-cutting plan.

Mr Williams made his suggestion in one of these meetings. The money, he argued, could be used to hire extra reporters in London and Belfast. Sources suggested he may have been “thinking out loud” and are unsure if the suggestion will be acted upon, although one said he “wants to stop covering the ardfheiseanna to save €250k”.

Mr Williams also suggested that if politicians such as Sinn Féin’s Mary Lou McDonald - who he used an example - objected, she could be asked which she would prefer: her leader’s speech being televised, or comprehensive coverage of Brexit.

Viewership figures for the televised sections of party events are usually poor and they are also unattractive for advertisers. They are generally allocated 2½ hours of coverage on RTÉ One and the use of outside broadcasting units makes the coverage more expensive.

For example, the Labour Party conference in Mullingar will receive two hours of coverage between 11am and 1pm on Saturday, as well as a 30-minute slot at 8.30pm for Brendan Howlin’s leader’s speech.

The televised morning sessions are usually used for policy debates.

Management and unions in RTÉ will meet next week. The National Union of Journalists said the proposals are short-sighted and ill-judged. Siptu doubted if 200 voluntary redundancies can be found. Compulsory lay-offs would be resisted, it said.