Minister of State calls for independent investigation into mortuary facilities 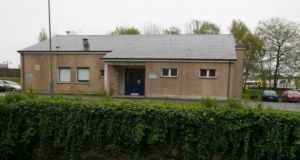 Minister of State John Halligan has added his voice to calls for an independent investigation into mortuary facilities at University Hospital Waterford.

He told local radio station WLR that at no point were Oireachtas members told of the concerns of consultants or of the letter sent by consultant pathologists to the HSE about conditions at the morgue.

“The way the HSE have handled the concerns is just wrong. The only way out of this is to have an independent inquiry,” he said.

Mr Halligan said he was glad the Taoiseach Leo Varadkar had issued his apology in relation to initial remarks he made about the controversy. “It was the correct thing to do, this is a highly sensitive issue, and he caused upset by his initial remarks, there’s no question about that,” Mr Halligan said.

“As the story is unfolding it has become more shocking and horrifying, and I think it now lays weight to the necessity of having an independent inquiry. I think we should go to the health committee first of all, an independent inquiry will take much longer, but at least get this into the health committee, bring all the interested bodies in to see where we are with this.

“There’s no question we need to have this investigated further. At no point were Oireachtas members told about the letter from the consultants on the very serious concerns,” he added.

“The key issues are the urgent need for a new mortuary and also the way the HSE have handled the complaints was wrong, this is why I think the only way out of this now is for an independent inquiry. I don’t think anything else is acceptable.”

Controversy erupted over the state of the hospital mortuary last month after four pathologists who work at the hospital said in internal correspondence that dead bodies had been left lying on trolleys, leaking bodily fluids onto corridors and making closed-coffin funerals unavoidable in some cases. They said there was a lack of capacity in the mortuary’s fridges.

After the South/South West Hospital Group said it had “no evidence that would substantiate the claims contained in recent correspondence” from the consultants about the mortuary Mr Varadkar said he was not sure if the claims were true, and referred to there being “no evidence” to support the “strange story”.

However on Saturday Mr Varadkar said he wanted to “apologise unreservedly” to anyone who felt he had played down the seriousness of the refrigeration issues raised by four pathologists at the hospital.

On Tuesday it has emerged that the State Pathologists Office, which conducts post mortems on bodies in cases of suspicious deaths, is to temporarily stop using the Waterford facility. The Department of Justice, under whose remit the office comes, said that “in light of the concerns expressed by the consultant pathologists at University Hospital, Waterford, the Office of the State Pathologist has indicated that it has made arrangements for State forensic autopsies to take place in alternative facilities for the time being.”

Meanwhile the journalist who initially broke the story, Darren Skelton of the Waterford News and Star after seeking the consultants letter under the Freedom of Information Act, said he had been contacted by six families who were concerned about facilities at the mortuary.

“I’ve personally had six contacts from families. One person said he identified a body on a corridor, three people have said that they had closed casket funerals and were just told that there was an issue post mortem or they weren’t given a reason at all,” he told RTÉ radio’s Today with Sean O’Rourke show.

He added that people working in the hospital are very angry with the hospital group over the statements it has issued.

In their letter to Gerry O’Dwyer, chief executive of the South/South West Hospital Group last October, four pathologists raised concerns about conditions at the morgue. Signed by Prof Rob Landers, Dr Fergus MacSweeney, Dr Nigam Shah and Dr Christine Shilling, all of UHW, their letter warned the mortuary lacked sufficient refrigeration and the situation is so serious that some bodies simply decompose, causing “almost unspeakable” distress to families.

Mr Skelton said they feel vindicated by the State Pathologist’s decision and say the only reason they are staying in situ is they don’t want to discommode families. “That’s the situation that happens all the time. I’ve spoken to doctors and nurses who would love to just walk out because of the conditions they’re working in, but don’t because of concern for patients and their families,” he said.

Sinn Féin TD for Waterford David Cullinane has also called for an independent examination of the issues raised. “We obviously need a new mortuary, that’s the priority but we also need to establish all of the facts. How long has this been happening and why was it allowed to happen for so long?,” he asked on RTÉ’s Morning Ireland.

A spokesman for the South/South West Hospital Group had said on Tuesday it had not been informed of the State Pathologist’s decision.

“The four consultants penned the letter last October of last year to the CEO of the South/South West Hospital Group, it wasn’t until March of this year that the group responded to what were very serious claims, so we’re calling for a full independent examination of all of these claims. How did it take five months for a response from the HSE?”.