State pathologist will not use Waterford hospital mortuary for now 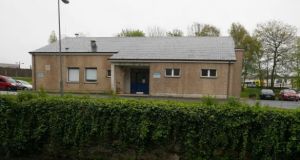 The State Pathologists Office has decided not use the mortuary at Waterford University Hospital for the time being as a result of the controversy over its condition.

Controversy erupted over the state of the mortuary last month after four pathologists who work at the hospital said in internal correspondence that dead bodies had been left lying on trolleys, leaking bodily fluids onto corridors and making closed-coffin funerals unavoidable in some cases. They said there was a lack of capacity in the mortuary’s fridges.

After the South/South West Hospital Group said it had “no evidence that would substantiate the claims contained in recent correspondence” from the consultants about the mortuary the Taoiseach Leo Varadkar said he was not sure if the claims were true, and referred to there being “no evidence” to support the “strange story”.

However on Saturday Mr Varadkar apologised after criticism of earlier remarks he had made alarmed many in his own party. He said he wanted to “apologise unreservedly” to anyone who felt he had played down the seriousness of the refrigeration issues raised by four pathologists at the hospital.

Now it has emerged that the State Pathologists Office, which conducts post mortems on bodies in cases of suspicious deaths, is to temporarily stop using the Waterford facility.

The Department of Justice, under whose remit the office comes, said that “in light of the concerns expressed by the consultant pathologists at University Hospital, Waterford, the Office of the State Pathologist has indicated that it has made arrangements for State forensic autopsies to take place in alternative facilities for the time being.”

The Garda Press Office said it did not comment on operational matters or correspondence from third parties.

A spokesman for the South/South West Hospital Group said it had not been informed of the State Pathologist’s decision.

“If they’re concerned about the mortuary, if they have fears about the service, then obviously they’re taking the correct decision,” he said.

“But I think it will alarm people in Waterford that it has got to this point and questions will now have to be asked. How did we arrive at a situation where bodies will now no longer be brought to the mortuary in Waterford and will be brought elsewhere?”.

The development raised very serious questions about whether the mortuary will be able to continue providing a service, and was all the more reason why approval was needed as quickly as possible for a new mortuary, he said.

Fianna Fáil’s health spokesman Stephen Donnelly called for immediate measures to be taken to ensure the mortuary facilities are safe for use.

“We can’t expect anyone to use a mortuary that An Garda Síochána think isn’t up to scratch. Every patient deserves an equally high standard of treatment and respect, even in death,” he said.

“If the government needs to supply modular buildings on the hospital grounds to act as a temporary mortuary then so be it. We can’t be left waiting for a response. Action must be taken before the end of this week,” he added.

It was also important, he said, that an independent investigation into the situation at the mortuary is conducted “so that we can understand how conditions deteriorated to this level”.

Mr Donnelly called too for “a total culture shift within the HSE and government whereby workers, like the pathologists who first drew attention to this problem, feel safe coming forward with complaints. While the Taoiseach has recently apologised to the consultants, his original comments doubting their claims were decidedly unhelpful.”

It has already been confirmed that a mobile refrigerated unit is to be provided for bodies at the mortuary within one to two weeks. The hospital group also said a week ago that in addition to this an additional refrigeration unit would be on site and available for use in eight to 10 weeks.

“The development of a new replacement mortuary for UHW has been on the HSE Capital plan since 2014 and planning permission for the proposed new mortuary was received in 2016 ... approval to proceed to tender was received in March, 2019. The current programme for this will see the new facility being delivered within approximately two years,” it added.