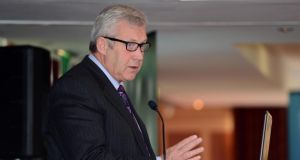 
The Government has no plans to introduce a compulsory charge for anglers, a Minister of State said yesterday.

“The Minister of State Fergus O’Dowd has confirmed that a compulsory charge for anglers is not being introduced in the context of the proposed new inland fisheries legislation.

“He has also stated there is no such proposal for consideration,” the Department of Energy and Natural Resources said.

The statement followed a report in The Irish Times in which anglers claimed a move to introduce a compulsory angling charge was included in draft proposals.

The Government is preparing new legislation with Inland Fisheries Ireland to regulate and develop the angling sector, worth an estimated €755 million a year.

However, the National Anglers Representative Association (NARA) which has 96 affiliated clubs and 12,000 members, has backed any proposal to introduce a compulsory angling charge as part of the forthcoming legislation.

“NARA is supportive of the principle of a mandatory angler contribution which would be used to promote angling conservation and development,” the association said, adding it was committed to ongoing consultation on the issue with its members and other interested parties.