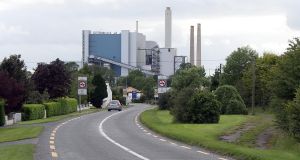 The ESB said it decided to suspend the operation of the Lough Ree Power Plant.

Operations at a power station in Co Longford have been suspended for the coming weeks following concerns over hot water discharges from it into the River Shannon.

The ESB said it decided to suspend the operation of the Lough Ree Power Plant on Saturday. The Environmental Protection Agency (EPA) said it is actively investigating the issue, which has caused concerns over the safety of local fishery and wildlife species on the river.

“ESB has sought an amendment to its environmental licence in relation to its cooling water discharge temperature in the river Shannon, which in this regard is of particular relevance during the summer months,” an ESB spokesman said.