Marine body warns boaters over mobile phone and alcohol use 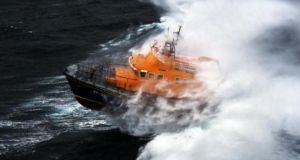 Six people died in the marine casualties under investigation by the Marine Casualty Investigation Board. File photograph: PA

The Marine Casualty Investigation Board (MCBI) has warned boaters of the danger of depending on mobile phones as the primary means of communication while at sea.

In its annual review of its activities in 2019 the MCBI also warned boaters against drinking alcohol while being a crew member on commercial or recreational craft.

Writing in the annual review for last year, board chairwoman Claire Callanan did not name incidents where mobile phones or alcohol may have led to incidents or fatalities.

But Ms Callanan did refer in particular to recreational boating, referring to the code of practice for recreational craft, which states mobile phones should not be relied on as the primary means of contacting the emergency services.

Ms Callanan said the board welcomed the issuing of a marine notice by the Department of Transport, Tourism & Sport, urging users of recreational craft to carry marine VHF equipment on board as the primary means of distress and safety communication.

Turning to drinking while boating Ms Callanan said “regrettably, as in previous years” she was compelled to refer to incidents where toxicology results supplied by the coroner’s office reflected evidence of alcohol.

“While it is not always possible to definitively determine the exact cause of an incident the Board published two reports in 2019 where alcohol could have impaired the judgement and reaction times of the casualties.

“Such impairment has a detrimental effect on most people’s ability to deal with the unexpected” she said.

Ms Callanan said no member of a crew should consume alcohol or other intoxicants either prior to or during any trip on water. She said the unexpected event could develop into a serious situation very quickly, and the ability to think quickly and calmly could be the difference between life and death.

During 2019 the MCIB initiated full investigations into ten marine casualties. Six people died in the marine casualties under investigation, while one person involved in a rowing incident at Thomondgate, Co Limerick, was left with life-changing injuries. Ms Callanan extended the board’s sympathies to all concerned.

The MCIB also did two preliminary investigations in 2019. The first incident at Dublin Port involved an explosion while a cargo ship was unloading molasses. No injuries were sustained by the crew.

However, the second incident on board a Ro-Ro Ferry at Rosslare resulted in one death.

In March 2019 the European Commission lodged an application to the Court of Justice of the European Union against Ireland in connection with the implementation of EU regulations relating to the independence of the Marine Casualty Investigation Board.

The State lodged a defence in the infringement proceedings in 2019, and a decision of the court is awaited, the annual report noted.