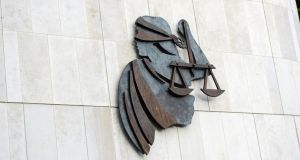 Brian Veale, a native of Dungarvan in Co Waterford, was charged with the murder of Graham Johnson (41) at Cork Prison, Rathmore Road in Cork city on May 16th last. File photograph: The Irish Times

A 31-year-old man has been returned for trial charged with the murder of a father-of-three who died after being stabbed during a row in the kitchen of Cork Prison less than a year ago.

Brian Veale, a native of Dungarvan in Co Waterford, was charged with the murder of Graham Johnson (41) at Cork Prison, Rathmore Road in Cork city on May 16th last.

Det Garda Eimear Brennan gave evidence of arrest, charge and caution and told Cork District Court that Mr Veale made no reply to the charge.

Insp Mary King said that a book of evidence in the case was ready and Det Garda Brennan served it on Mr Veale in the courtroom at the Washington Street courthouse in Cork.

Insp King applied for a return for trial to the current sittings of the Central Criminal Court and Judge Con O’Leary noted he had no discretion in the matter and granted the application.

He remanded Mr Veale in custody on the single charge while he also granted him free legal aid after being informed by Mr Veale’s solicitor, Eddie Burke, that his client was unemployed.

An inquest at Cork City Coroner’s Court in October heard that Mr Johnson, from Ardan in Bandon in west Cork, had died from a single stab wound to the chest on May 16th last.

A father of three, Mr Johnson was nearing the end of a prison sentence after he was given a five-year term with one year suspended in November 2011 for robbery and larceny offences.