Man (21) charged over shots fired at gardaí in Cork

Tommy Mannah shot at gardaí with a pellet pistol before being tasered and arrested, court told 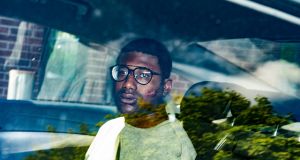 A 21 year old man has been remanded in custody after he was charged with firearm offences and endangerment following an incident at the weekend where shots were fired at gardaí at two separate locations in Cork city and county.

Tommy Mannah, who grew up in Mallow but was living until Sunday in a flat at Mount Vernon View in Cork city, was brought before Cork District Court on Monday and charged with a total of four offences arising out of the incident late on Friday night and early on Saturday morning.

Mr Mannah was charged with two firearm offences including one that he had a firearm or imitation firearm with him when he unlawfully used a car without the consent of the owner at Military Road in Cork on July 3rd contrary to Section 26 of the Firearms and Offensive Weapons Act.

Mr Mannah was also charged with using a firearm or imitation firearm for the purpose of resisting arrest by a member of An Garda Síochána on the M8 Northbound at Ballinahina, Rathcormac on July 4th contrary to Section 27 of the Firearms and Offensive Weapons Act.

He was also charged with endangerment of the public in that it is alleged that, when driving a black VW Golf, he failed to stop at the Toll Plaza on the M8 at Condonstown, Watergrasshill, colliding with a barrier and creating substantial risk of death or serious harm to another on July 4th.

Mr Mannah, who the court heard was born in Sierra Leone but came to Ireland when he was aged three, was also charged with unlawfully taking a VW Golf without the consent of the owner, his 44 year old partner, at Military Road, Cork on July 3rd contrary to Section 112 of the Road Traffic Act.

Det Sgt Kieran O’Sullivan gave evidence of arrest, charge and caution and told Judge Olann Kelleher that Mr Mannah made no reply to any of the four charges when they were put to them to him after his arrest.

Det Sgt O’Sullivan said that gardaí were objecting to bail given the seriousness of the charges.

He said the State would allege that when gardaí arrived at the scene, Mr Mannah fired a number of shots from a firearm at gardaí, hitting one officer in the arm before driving off at high speed in a black Volkswagen Golf in the direction of Glanmire and exiting on to the M8 Northbound.

He said the State would allege that gardaí had notified the Armed Support Unit (ASU) which pursued Mr Mannah in the VW Golf and that he was waving a firearm out of the window of the car and discharged a number of shots at the ASU during the pursuit.

He said the state would allege that Mr Mannah crashed through the toll barrier at the Toll Plaza on the M8 at Watergrasshill and that gardaí from Fermoy deployed a stinger to puncture the tyres on his vehicle but that he continued to ignore garda requests to stop.

He said that the State would allege that members of the ASU identified themselves as gardaí to Mr Mannah as he exited his vehicle and that he continued to fire at them, prompting them to return fire before he was finally tasered and arrested and brought to Fermoy Garda Station for questioning.

Det Sgt O’Sullivan accepted that the firearm turned out to be a pellet pistol and neither the uniformed officer who was hit in the arm or Mr Mannah’s partner who was earlier hit in the eye with a pellet from the gun were seriously hurt but it was nonetheless a very serious incident, he said.

He also accepted that Mr Mannah had been taken to Cork University Hospital for x-rays and medical assessment and while gardaí had found prescriptions for anti-psychotic medicines at his flat, doctors had deemed that he was fit to be interviewed about the incident.

“I don’t think he realises how serious this incident was and he has not given any explanation why matters escalated in the way they did on Friday night. I would have concerns for the safety of the public and for the safety of Mr Mannah himself, if he is granted bail,” said Det Sgt O’Sullivan.