Low levels of wellbeing among this year’s school leavers – survey

More than 60% of students describe wellbeing as ‘poor’, and many report anxiety 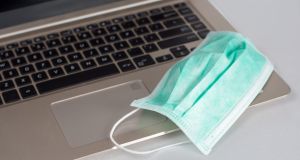 Low levels of wellbeing among the Class of 2020 are reported in research published by Maynooth University ahead of the release of Leaving Certificate calculated grades next Monday.

The wellbeing of more than 60 per cent of school leavers surveyed is classed as “poor”, while 46 per cent of the students reported high levels of depression and/or anxiety. A similar proportion (44 per cent) reported they were not coping well during the Covid-19 pandemic.

The report’s authors warn this has clear implications for the support the students may require as they move on to third-level education or employment. Compared to the results of a wellbeing survey of Leaving Certificate students in 2015, this year’s school leavers are faring “notably worse”, particularly regarding mental health.

“We could have a lot of young people presenting with issues,” said Prof Sinéad McGilloway, founder director of Maynooth University’s Centre for Mental Health and Community Research. There is “historic, chronic underfunding of the mental health system anyway, both within higher education and the community”, and the extra €3 million top-up announced recently by Minister for Further Education Simon Harris may not be enough, she added.

Almost three-quarters of the 1,000 participants in the survey said that, in the circumstances, predicted/calculated grades were their preferred alternative to the traditional exam. A similar proportion were happy, to a greater or lesser degree, with the Leaving Cert exams being cancelled.

About half the students felt positive about the calculated grades; the remainder were either ambivalent (32 per cent) or negative (17 per cent). However, this survey was conducted before controversy erupted in the UK over calculated grades replacing A-levels.

“This research is the first to give a voice to the many Leaving Certificate students who, according to our research, have been significantly impacted by Covid-19, not only in terms of school closures, but also with regard to their overall health and wellbeing, which has clearly suffered,” said Prof McGilloway, who wrote the study with Penny Quinn and Jolanta Burke.

The report also comments that while there is a perception that young people have been driving the renewed increase in Covid-19 cases in recent weeks, researchers had found a high level of concern among school-leavers for the health of family and friends.

“Arguably,” they add, “social distancing also presents an even greater challenge for teenagers, whose lives tend to be characterised by high levels of socialising and multiple friendships.”