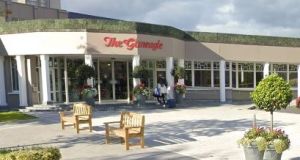 A leading hotel in Killarney has insisted it is “adhering to guidelines” after photographs appearing to show hundreds of people at an indoor concert on Saturday night.

One guest at the event said she saw the Gina and The Champions showband on stage in the large ballroom of the Gleneagle Hotel Killarney in front of a large crowd.

She and two friends were returning from dinner when they heard loud singing coming from the large function room.

“We were just appalled,” she said. “I was so shocked that I looked up the guidelines for indoor gatherings when I got inside,” she told the Irish Mirror.

“I was fearful for my elderly mother and for those who were at the concert, it was packed and the audience was mostly elderly people who should be reducing their contacts.”

In a statement, the Gleneagle Hotel did not comment on the report that there were up to 400 people in the ballroom.

However it insisted it adhered to the guidelines for “Controlled Environments” as outlined in the Fáilte Ireland Guidelines for Hotels “which states that pubs, cafés and restaurants (including hotels restaurants and bars) can open with protective measures in place”.

Maximum numbers are linked to the capacity of the premises, taking appropriate physical distancing into account, the hotel said.

“We have opened our largest venue, the INEC, as a residents’ restaurant and lounge to ensure our guests have ample space to socially distance.

“We carefully choose low-key, low-volume acts. This is a controlled environment with strict social distancing measures in place,” the statement added.

It said table service is mandatory and food is served throughout the evening. Dancing is not permitted, and all guests must remain within their family groups at their allocated table. Staff are present at all times to ensure social distancing measures are adhered to, it said.