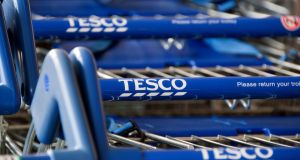 The Labour Court has recommended that Tesco Ireland should pay a bonus to thousands of its staff that has been withheld since last year.

The court has also recommended a pay increase of 2 per cent the supermarket giant’s 14,000 staff in Ireland.

The recommendation camed despite the company telling the Labour Court it cannot afford it pay the 2015 bonus - owed to two thirds of staff - as it continues to experience a year on year decrease in sales.

Tesco also argued that the current sales situation of the company clearly demonstrates its inability to award a bonus payment.

In the dispute, Mandate and Siptu were seeking a 3 per cent pay increase for staff and the payment of the withheld bonus, which represents 1.5 per cent of an employee’s annual earnings.