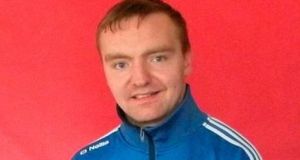 An Irish J1 student who suffered a cardiac arrest on a beach in Ocean City, Maryland has passed away in hospital.

Philip Leahy (22) from Ballyhooly, Co Cork got into trouble and had to be rescued from the water at about 7am (local time) on Wednesday. He was swimming with friends in the American resort town when he experienced difficulty.

The alarm was raised and he was plucked from the water by the Ocean City Fire Department. However, he suffered a cardiac arrest on the beach after the rescue operation.

Mr Leahy was rushed to the Atlantic General Hospital and his mother, Ann, and his brothers, William and Patrick, flew to the States to be at his bedside. However, he passed away in hospital on Sunday night.

Mr Leahy’s father, Phil, died unexpectedly in 2014 just a fortnight after launching his bid for a seat on Cork County Council.

At the time, the dairy farmer from Ballyhooly was bidding for election in the Fermoy area for Fine Gael, in what was his first time standing for public office after decades of involvement with the party.

Fine Gael councillor Noel McCarthy said his “heart went out to the family.”

“His father was up for election two years ago in May and he died before it. He was a very popular man and they are a respected family.”

The Department of Foreign Affairs is liaising with the family in order to provide consular assistance. Friends of Philip’s had set up an appeal on a GoFundMe page which had raised in excess of €80,000.

Meanwhile, a vigil was held for Philip Leahy at Ballyhooley GAA on Thursday night, with more than 200 people in attendance. Last year, he captained the team to a Cork county junior B championship title at Páirc Uí Rinn.

Ballyhooly GAA club said it’s members were devastated at the young man’s death. members are devastated by news of the passing of 22 year old local student Philip Leahy following a swimming accident in Maryland in the USA where he was on a J1 visa.

John O’Keefe of the club told RTE’s News at One that they had been looking forward to his homecoming so he could help in the hurling championship.

“He was liked by young and old. Following the win last year he brought the cup to the local national school and the children were thrilled to see him. It just shows how popular he was.”

Mr O’Keefe told how the club had participated in a fund raiser which has raised almost €100,000 so far.

“The idea was to help defray some of the medical expenses. The amount raised is far beyond our expectations.

“The family has been at his bedside since last Thursday. We had planned another prayer meeting for tomorrow night, but we don’t know what we will do now.”

Mr Leahy was a student of Cork Institute of Technology.

Dr Dan Collins, Academic Affairs and Student Administration at Cork Institute of Technology, offered his sympathy at the passing of Mr Leahy.

He said Philip was a very popular student who was held in high esteem by staff and students alike. “Philip had engaged on numerous levels at CIT and was well thought of by all who knew him.”

Mr Leahy had completed his honours degree in June and was due to be conferred in October.

Dr Collins stated that supports would be available for those who needed it. A member of the Institute’s staff has been in daily contact with the students and friends who were on the J1 programme with Mr Leahy.

His funeral arrangements will be finalised in the coming days.