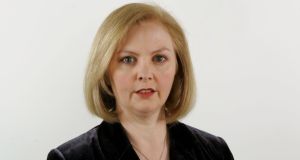 Breda O’Brien: “All we wanted was an apology and was offered a completely inadequate response which was a right of reply. It is not up to you to defend yourself. It is up to the organisation that defamed you.” Photograph: David Sleator

Irish Times columnist Breda O’Brien has stated that she and other members of the Iona Institute only sought libel damages after RTÉ refused to apologise over a claim of homophobia.

Ms O’Brien said she was not “remotely interested in money”, but agreed to accept damages because “people don’t take you seriously unless there is some sort of settlement. The key issue here is that RTÉ walked itself into a defamation case and then offered a completely inadequate response which is a right of reply”.

She maintained that Saturday Night Show presenter Brendan O’Connor should never have asked Rory O’Neill, otherwise known as Panti Bliss, to name names. “All we wanted was an apology and was offered a completely inadequate response which was a right of reply. It is not up to you to defend yourself. It is up to the organisation that defamed you.”

She described the €85,000 figure as quoted in some media as “fairly accurate”. Figures quoted in the Sunday Business Report reported that John Waters got about €40,000, with the rest going to five members of the Iona Institute: David Quinn, Dr Patricia Casey, Dr John Murray and Maria Steen.

She said it was ironic that Rory O’Neill had accused her of homophobia on the Saturday Night Show two weeks ago having referenced a column she wrote in which she condemned homophobia.

“My article was about homophobia and liberal intolerance and how we needed to tackle both. Supposing somebody was called racist instead of homophobic, do you think that person would stand back and say that is fair comment? That’s the analogy. I don’t accept that I’m homophobic,” she said.

RTÉ issued a statement yesterday saying it does not comment on the issue of libel settlements. It said it was committed to “fair impartial and accurate” in relation to the issue of same-sex marriage.

A rally was hosted by LGBT Noise yesterday to protest at the decision by RTÉ to remove parts of an interview by Rory O’Neill and to issue an apology and damages.