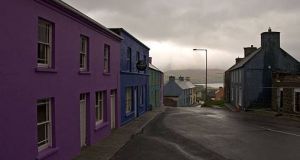 Irish Rural Link chief executive Séamus Boland said the “retail heart” of many towns may have already relocated to out-of-town shopping centres from where it would not return. Photograph: Getty Images

State subsidies for traditional businesses may be only way to reverse the decline in retail activity in rural towns and villages, Irish Rural Link has warned.

The rural development group’s chief executive Séamus Boland said some family businesses in small towns were no longer economically viable, and a debate was needed over whether they should be allowed to close in the face of competition from online retailers and out-of-town multiples.

He said the “retail heart” of many towns may have already relocated to out-of-town shopping centres from where it would not return.

Irish Rural Link was responding to a report from the Society of Chartered Surveyors of Ireland which says small towns in Ireland are suffering a long drawn-out decline, with urgent action needed to ensure their survival.

It warns that factors such as increased costs, the legacy of out-of-town shopping centres, the dissolution of town councils and high vacancy rates have all contributed to a “perfect storm” for regional high streets.

Mr Boland welcomed the report, and said he agreed “fundamentally” with one of its key findings – that the absence of broadband was a severe handicap in rural and regional Ireland.

He said broadband was needed in “every rural home and village, and there can be no messing about”. The issue, he said, underpinned employment and creative enterprise.

Mr Boland said the way post office closures were assessed in rural Ireland resulted in a “rush to closure”. If there were just 15 people who depended on the post office for socialisation then it was the most important element of the town for those people and a value should have been put on this.

In relation to the closure of banks, Garda stations, health centres and other State services, he said the key issue was about these bodies having a presence in the town. Many traditional banks had downgraded branches years ago, and all but pulled out “even if the door was not yet closed”.

He noted that Irish Rural Link had submitted a proposal to Government for a German-style community bank, similar in operation to credit unions, that could provide commercial loans and act as a local development catalyst.

He said other countries had dealt with the closure of police stations by having a community police force that was officially-controlled, and this would counteract fears of vulnerability in rural areas.

However, he stressed the big issue was jobs. Too often planners ushered new business into industrial estates when those jobs should be kept in the centre of towns or villages.

The publication of the report coincided with a meeting of business leaders and local politicians in Co Kerry, which heard of “the continuous decline of Cahersiveen”.

Local businessman Jack Fitzpatrick, who led a delegation to the Kerry County Council district meeting, said: “The main thoroughfare through the town...is marred with derelict commercial sites, derelict commercial buildings and derelict dwelling houses. Most of the footpaths outside these derelicts are also in tatters.”

He said nobody wanted to stop in a town given the condition of the footpaths, and hundreds of thousands of visitors simply ”drive straight through”.

Many properties had been bought by speculators and boarded up and left in this derelict state for years.

Councillors said a proposed greenway, along the disused railway which ran during Cahersiveen’s heyday, was “the only show in town” for Cahersiveen.